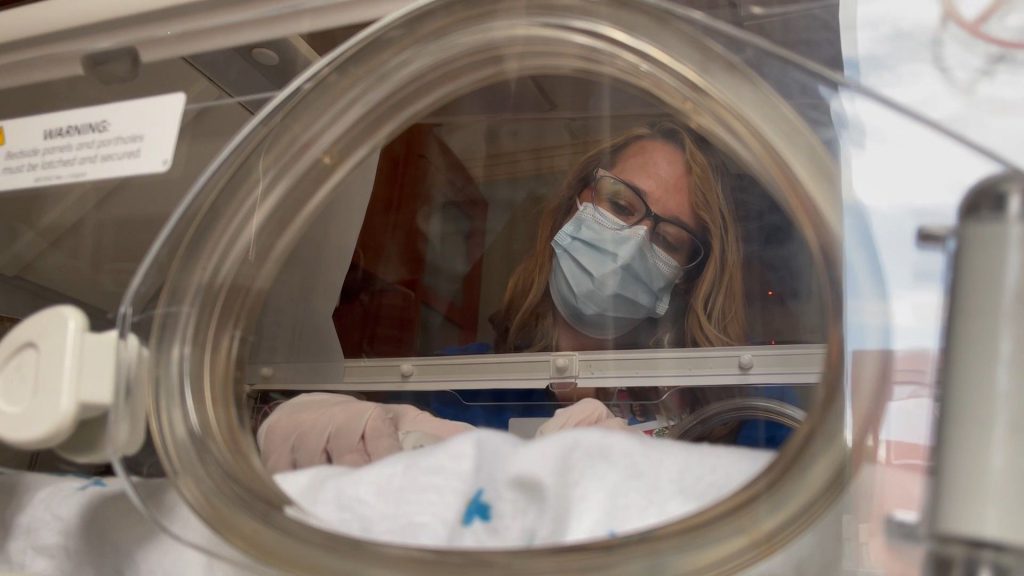 While we hear this often, it is easier said than done. Being ready for an unusual event is one thing, but preparing for the impact it can cause emotionally and physically afterwards, is another.

For Bethanie Shepherd, the unexpected came and the events that followed would change her perspective forever.

In 2016, Bethanie worked in Med-Surg at Kettering Health Main Campus, and was pregnant with her first child. Right as she finished week 32 of her pregnancy, her water suddenly broke.

“I knew something was wrong,” Bethanie said. “I was frantically Googling, “What does this mean? What is the viability at 32 weeks?’”

Bethanie was convinced she lost her baby, and panic began to set in. She and her husband headed for Kettering Health Washington Township.

“The whole way there, I didn’t feel her move,” she said. “I thought to myself, ‘How am I going to explain to my kids she didn’t make it?’”

Right as Bethanie and her husband approached the hospital, she felt the baby kick. Her care team thought she may be abrupting, and she was placed on bedrest until she reached 34 weeks, at which point, she was induced.

Originally, Bethanie was planning on having an all-female team of physicians, but since this was weeks before her original due date, they were all out of town. Already faced with the fear about the safety for her child, she now couldn’t rely on the comfort and reassurance of her birth plan.

Despite the anxiety and unknowns, Bethanie gave birth to her daughter, Gabriella, on September 11, 2016, and soon felt the relief and joy of having her daughter.

Yet, the fear and trauma did not fade away. Gabriella, being a premature baby, was cared for in the special care nursery and required CPAP and an IV. She spent several weeks learning to eat and struggled to pass her car seat test. To make things more difficult, Bethanie couldn’t stay with Gabriella and had to drive 45 minutes every day for two weeks to see her.

“Spending nights away from my long-awaited newborn was an incredibly difficult time of grieving I had no understanding of at the time,” Bethanie said.

Getting over this trauma required time and being on the other side of the bed. When she returned from maternity leave, she became a NICU nurse at Kettering Health Main Campus-something she has always wanted to do.

“I didn’t heal my own trauma or begin to truly understand any of it until I connected on a deeper level with the moms in the NICU and we shared our stories,” said Bethanie.

“Laying there in the bed going through all of this gives you a whole different perspective and the way you act as a NICU nurse,” said Bethanie. “I have no doubt God used our story to find me a new lens on compassion and empathy I wouldn’t have had otherwise.”

Gabriella is now four years old and thriving as a big sister. She’s living proof that things do get better, despite what you may think in the beginning.

The pain, fear, and guilt of Gabriella’s birth was something Bethanie could have never anticipated. But that experience allows her to offer support to those going through the same thing, making the unexpected just a little bit easier.