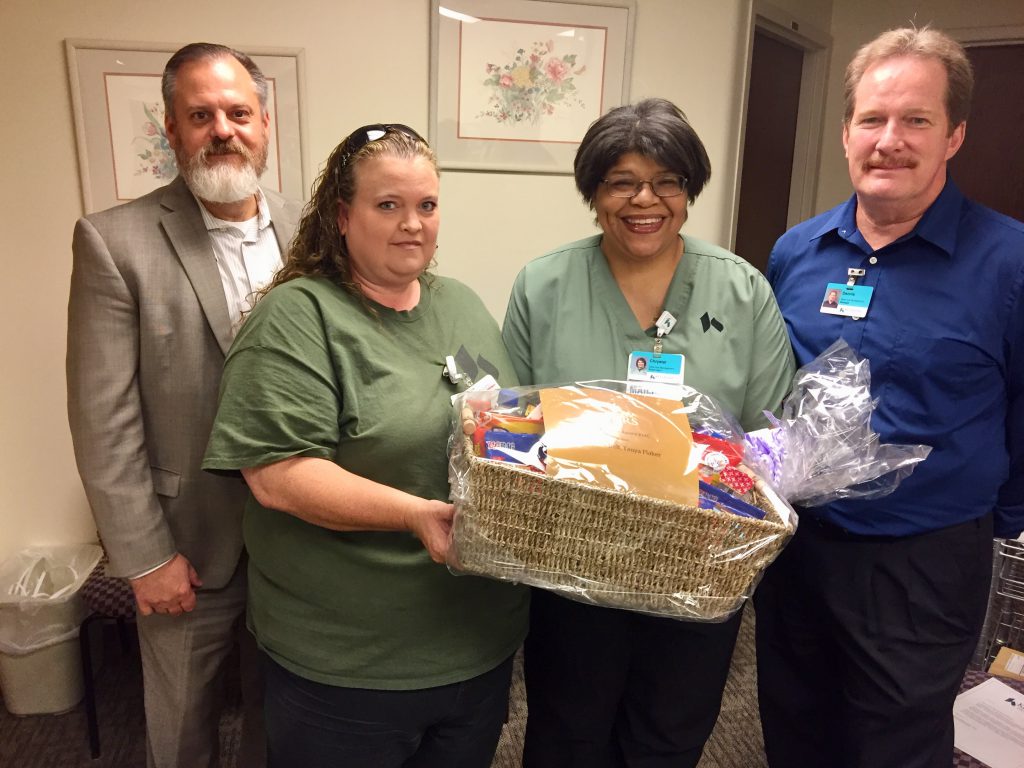 Congratulations to Chrystal Dell and Tanya Flaker, who were recognized for receiving the constellation award in June for their amazing teamwork.

“I was involved in an accident during the early evening on January 18. I was rear-ended by a drunk driver, hurt, and taken to Southview Medical Center by ambulance. While being loaded into the ambulance, it just happened that Chrystal Dell was driving by, saw my courier vehicle, and stopped. Chrystal took it upon herself to intercept the patient labs I was transporting before the car was towed, called my supervisor, Tanya Flaker, who was working her second job. Tanya took it upon herself to leave that job, get another courier vehicle, and deliver and pick up the labs as well as notify other hospitals in the network regarding their pickups.

If all of this had not taken place, the labs and specimens would have gone bad due to time constraints between the time taken and testing, and all of the patients would have had to be contacted, have their labs redrawn, and have new specimens taken. This, of course, would have been a non-satisfier for all patients involved. It truly takes a team effort and persons who care deeply about the final outcome of their profession and task at hand. They are truly stars!”