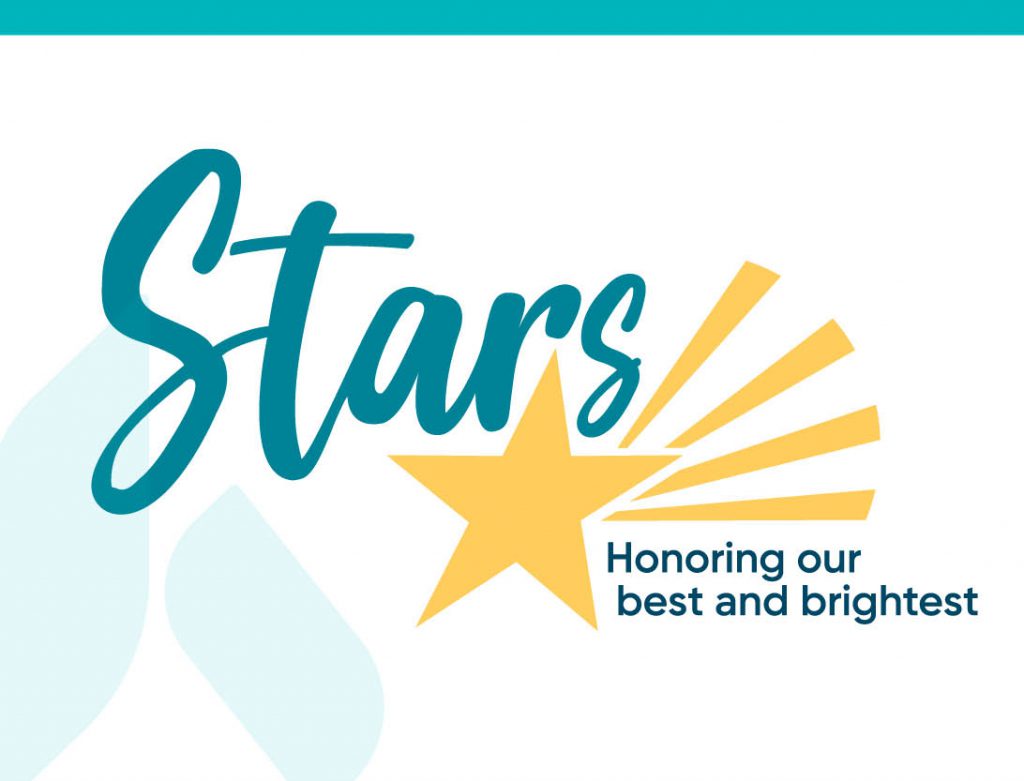 The Constellation Award recognizes strong teams that come together to serve patients and each other. They demonstrate a calling to care, live the organization’s values, and show exceptional performance as defined by Kettering Health’s Standards of Behavior.

You can read their nomination stories below. Congratulations to our recipients!

“I went into the cafeteria during my third shift, and Leslie and Morgan were the only two employees. It was around 11:30 p.m., before they close for the night. There was a long line waiting for their grill orders, and Morgan was by herself and Leslie was the cashier. I was truly amazed at how Morgan was very professional, very pleasant, and had each order down pat perfect. When Leslie saw how busy Morgan was, she jumped right behind the counter and started helping Morgan, then she would run to the cash register and then back to the grill. The reason that I am nominating these two ladies is for their expertise, teamwork, and professionalism. They were intent on serving our third shift employees to their satisfaction. Their display of teamwork and their determination to serve our employees pleasantly and professionally was and is a true demonstration of BEING OUR BEST here at Kettering Health Main Campus.”

“A patient was a homeless veteran struggling with addiction. All his personal possessions were thrown out before his admission. He slowly began to recover and as we were discussing discharge, he became increasingly anxious about having clothes to wear, shoes to walk around in, and a backpack to carry around his things, which had also been thrown out. Two of my team members, Hannah Fenwick and Karli Mulkey, heard his cries for help and took time out of their day as well as money out of their own pockets to buy this man replacements of everything that he had lost. They bought him new underwear, socks, sweatpants, t-shirts, new shoes, a jacket, and a backpack for which to carry it all. This patient was overcome with emotion and he was so grateful to these two ladies for what they had done. Later, he even spoke to their act of kindness as a wakeup call and that it is time to take care of himself and that there are people out there who want to help. Karli and Hannah greatly improved the current quality of life of this veteran patient. They gave him a few material things that he perceived as a new lease on life. Their actions truly embodied the caring spirit and compassion that makes Kettering Health so special.”