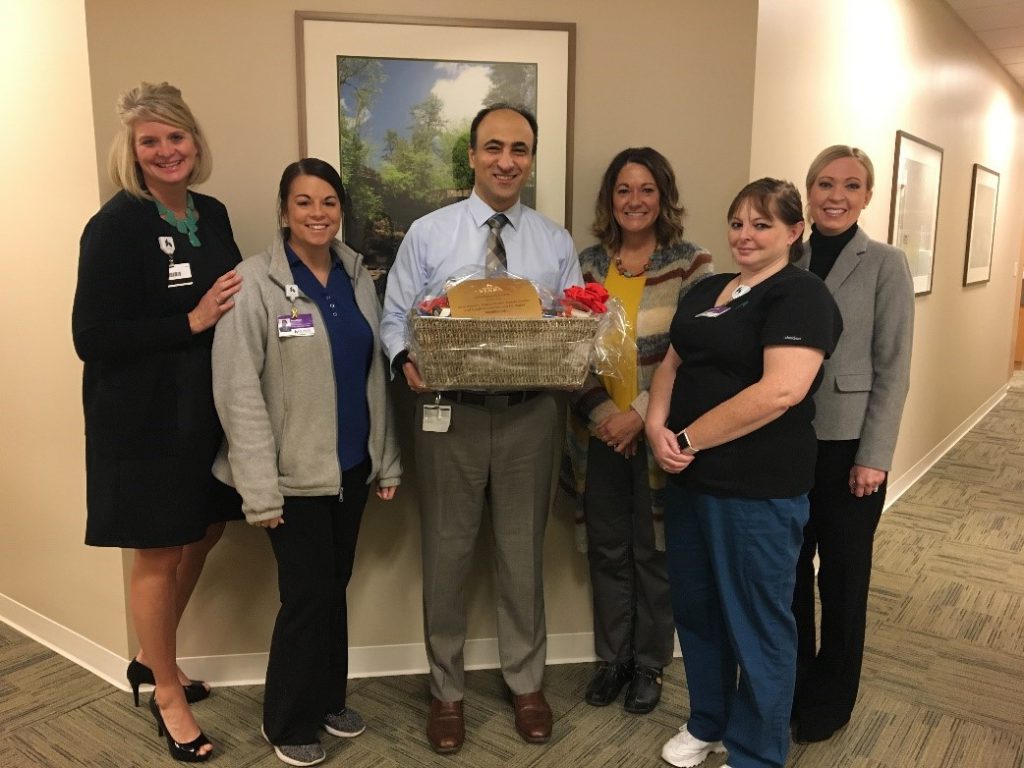 Congratulations to Amy Amann, Ashley Boone, Rhoda Carder, Heather Johnson, and Baker Machhadieh, MD,  who were recognized for receiving the Constellation Award in in November for their amazing teamwork.

“One of our patients was recently waiting outside our office for us to open. He had just been released from jail and was not given adequate insulin supplies while there. We were able to get him the insulin he needed, as well as some immediate juice and crackers.

The patient was homeless, and after hearing his plight, the staff got together and contacted several local shelters to find him a place to stay. The team bought him lunch and pooled their money to buy him some pants and other essentials, as he had lost most of his clothing. The patient was so appreciative of our team’s kindness, that he broke down in tears.”

Giving Thanks: Employees Share What They’re Thankful For
Take the Pulse Survey December 3-17