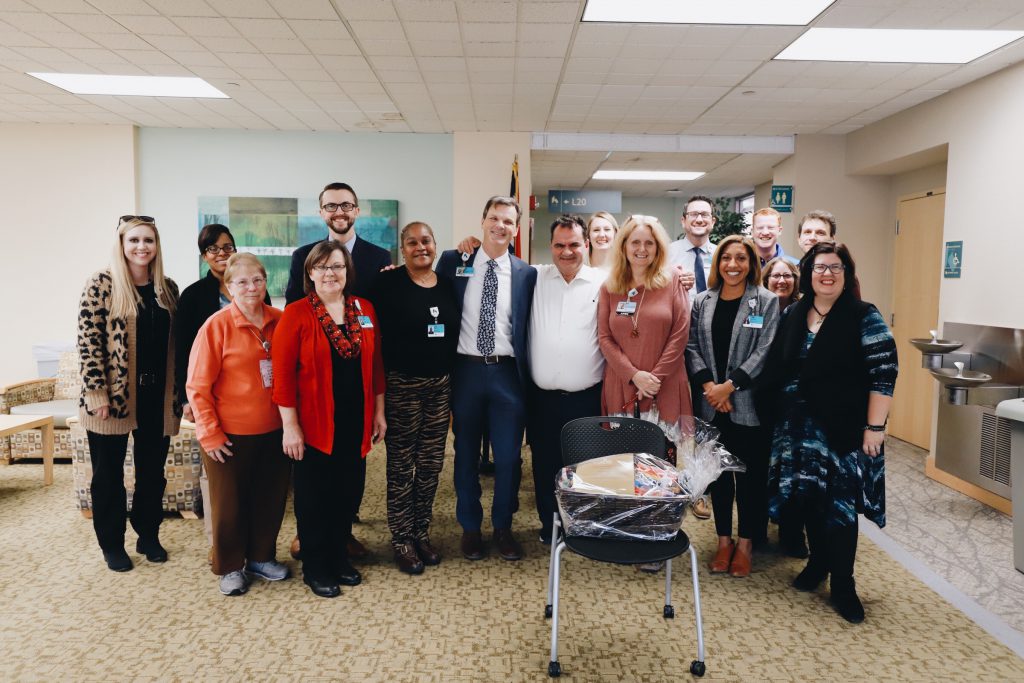 Congratulations to John Nunes, who was named Kettering College’s November Employee of the Month. John works in Health Sciences.

The Employee of the Month Award recognizes the people you love to work with. These winners show exceptional performance as defined by the network’s Standards of Behavior, live out the network’s values, and demonstrate the healing presence practices outlined in Called to Care. John was nominated by a co-worker, and you can read the nomination story below.

“John has a big heart, is a hard worker and loves to help others. He is not big on telling people all that he does, however. Recently, he stepped in to teach for another teacher who has a serious health problem without even giving it a second thought. It added to his work load but he did not even blink an eye. I believe he is continuing to do this without extra pay.

He also has gone above and beyond for students–taking them out to lunch, meeting with them on his own time and finding wonderful internships for our health care management students without me assigning him this task. John has done all this and has only been here for a year. I am privileged to work with him.

His impact on others goes without saying. John is one of those people who sees that something needs to be done and just does it. How great is that? In all the examples above, he did this. John’s question is always ‘How can I help?’.”