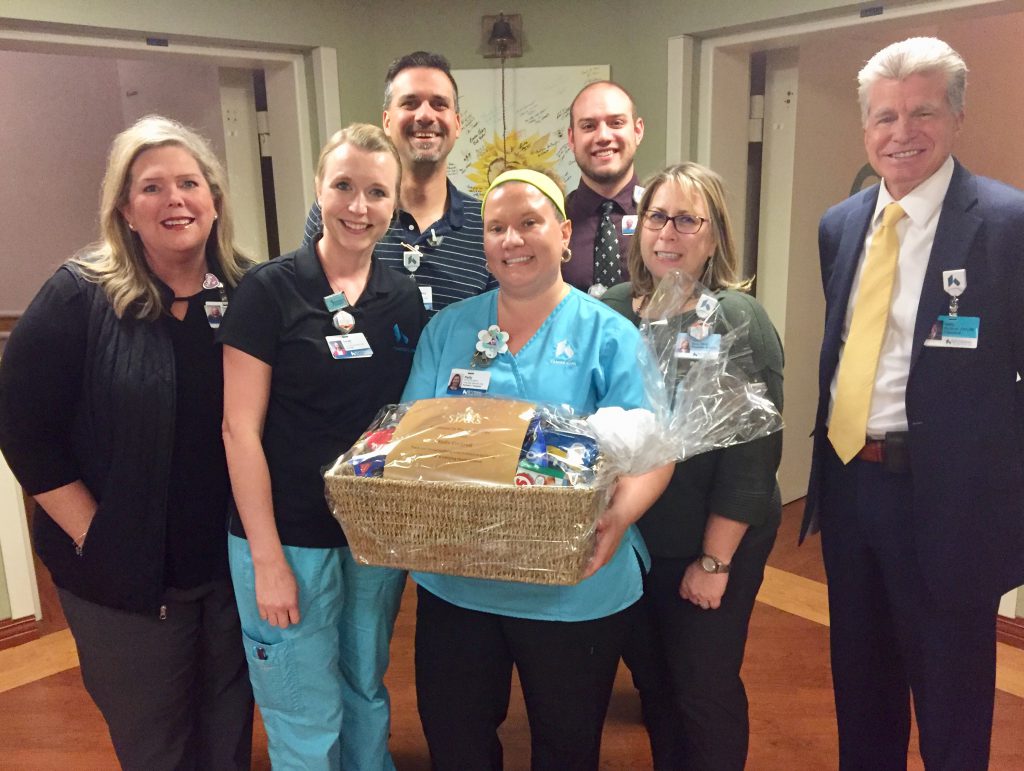 Congratulations to Kelly Cokrell, who was named Kettering Medical Center’s October Employee of the Month. Kelly works in Radiation Oncology at the hospital.

The Employee of the Month Award recognizes the people you love to work with. These winners show exceptional performance as defined by the network’s Standards of Behavior, live out the network’s values, and demonstrate the healing presence practices outlined in Called to Care. Kelly was nominated by a co-worker, and you can read the nomination story below:

“Kelly heard about a co-worker who suffered an unimaginable tragedy and she did the only thing she knew to do to help. She bought a load of groceries and without any word brought them in for the co-worker and her family along with other employees. Our co-worker was at the Oregon District that terrible evening, losing a family member in the carnage and narrowly escaping harm herself. Kelly sprang into action immediately. The fact that Kelly had not ever met the co-worker personally did not stop her from trying to help someone in need.