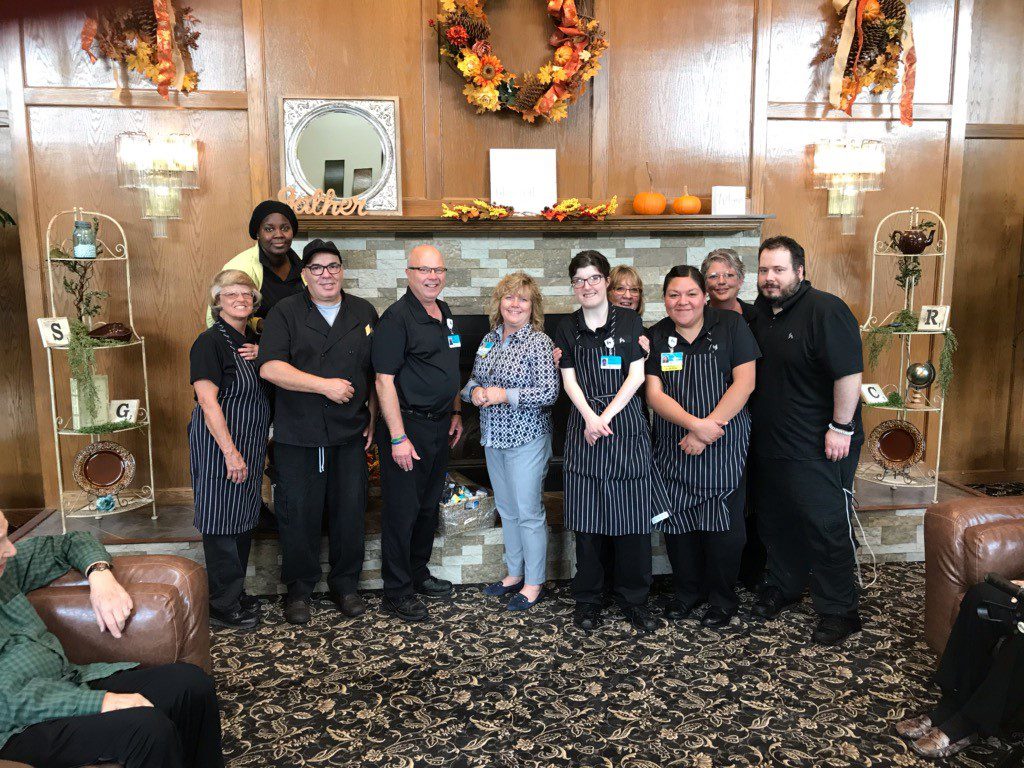 The Employee of the Month Award recognizes the people you love to work with. These winners show exceptional performance as defined by the network’s Standards of Behavior, live out the network’s values, and demonstrate the healing presence practices outlined in Called to Care. Robert was nominated by a co-worker, and you can read the nomination story below:

“There was a resident from Sycamore Glen Retirement Community who was having dinner at the Plaza building where Robert works in the dining room. He was having issues moving his walker, as both sliders were missing from the bottom. After Robert’s shift was over, he went out and purchased the necessary parts and even went to the home of the resident and installed them on his walker. I saw the resident on my way into work this morning and he was so happy and just sailing along on his way to the Plaza to have breakfast. It was such a wonderful, unselfish act of kindness, and this was also done on the holiday weekend.”