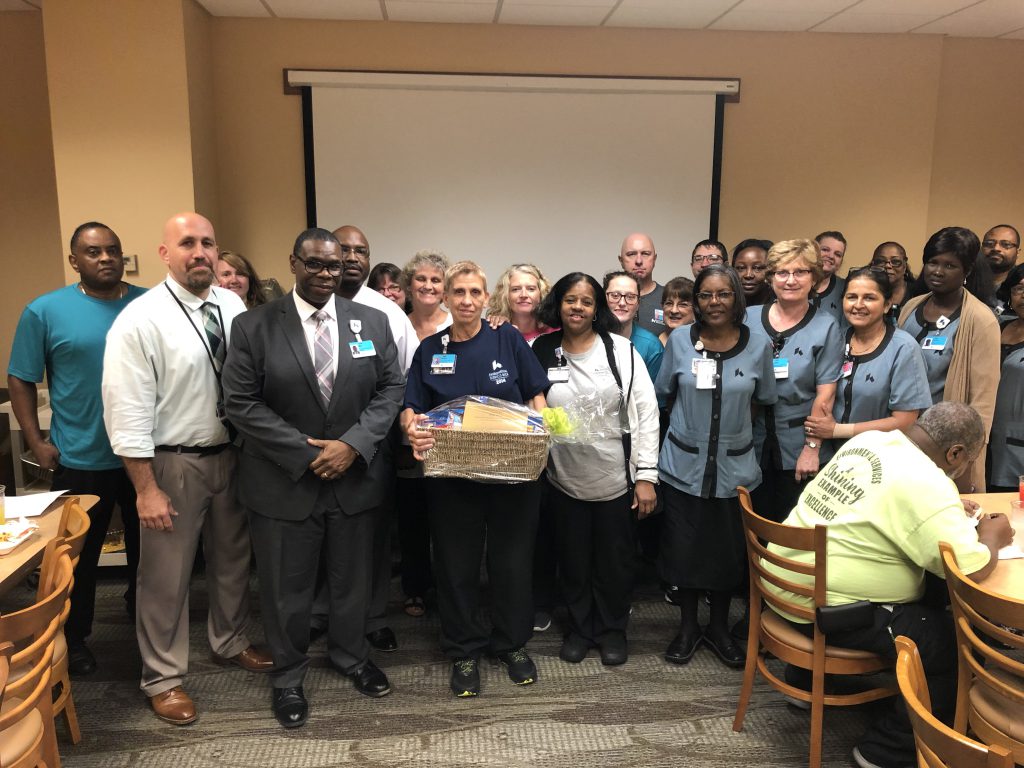 Congratulations to Ruth Terry, who was named Kettering Medical Center’s September Employee of the Month. Ruth works in Environmental Services at the hospital.

The Employee of the Month Award recognizes the people you love to work with. These winners show exceptional performance as defined by the network’s Standards of Behavior, live out the network’s values, and demonstrate the healing presence practices outlined in Called to Care. Ruth was nominated by a co-worker, and you can read the nomination story below:

“Ruth is an outstanding employee who displays a sincere love for the patients on her unit. She takes great pride in her work and keeps the unit in prime condition. On numerous occasions, I have been notified of simple yet significant acts of kindness that Ruth has shown to her staff and patients. On this particular day, a patient’s husband communicated to me that all the staff had treated his wife with outstanding care and compassion. He went on to say that Ruth had touched them and made a lasting difference. He stated that she would leave stickers or messages of encouragement for his wife. She would never just come in and work but took the time to make a connection and really care about how they were doing. He requested to donate money to Ruth to for the decorations and stickers that she provides out of her own pocket. He was rather disappointed that we were unable to accept the money but wanted to make sure that we all acknowledged her great work. Ruth decorates the entire unit for all holidays and each season.”

Angel Smith Named Kettering Physician Network’s September Employee of the Month
Stick It to the Flu: Get Your Flu Shot