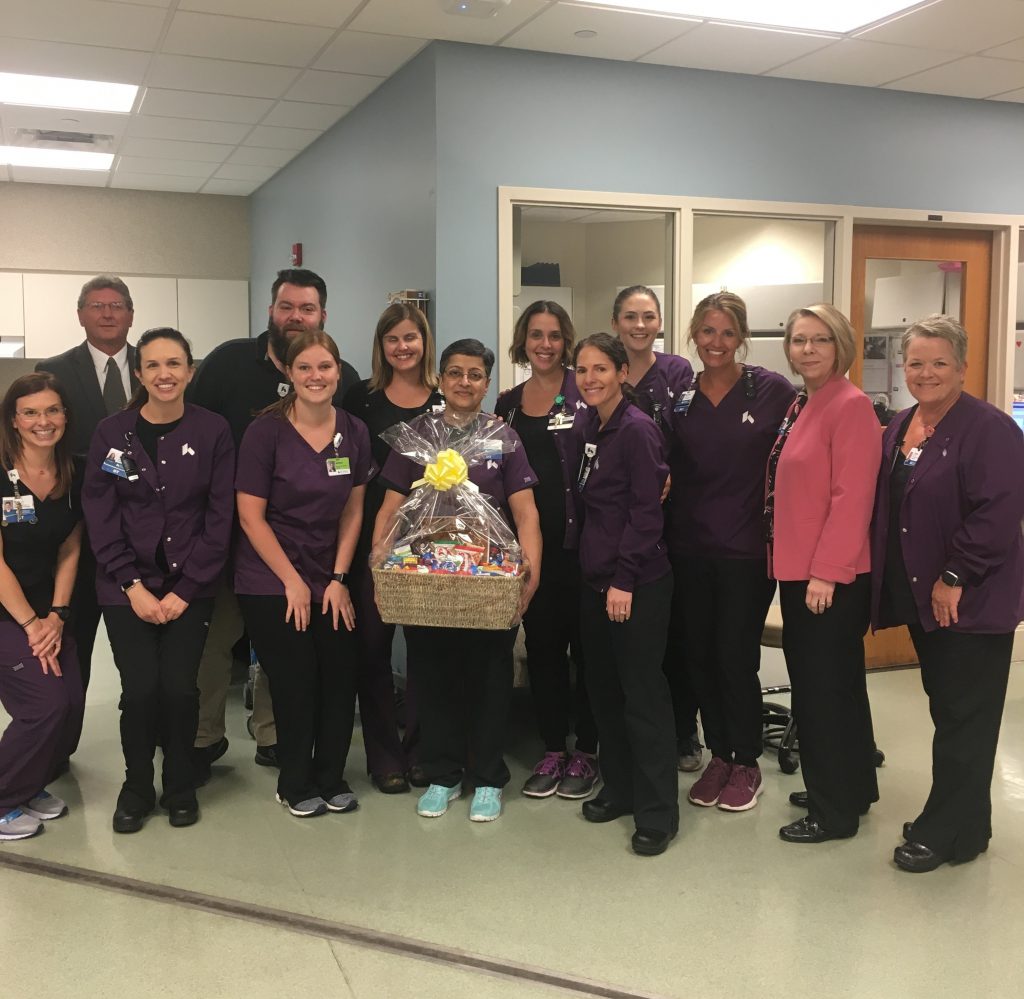 Congratulations to Sanjivani Mulgund, who was named Kettering Medical Center’s July Employee of the Month. Sanjivani works on Rehab Medicine at the hopsital.

The Employee of the Month Award recognizes the people you love to work with. These winners show exceptional performance as defined by the network’s Standards of Behavior, live out the network’s values, and demonstrate the healing presence practices outlined in Called to Care. Sanjivani was nominated by a fellow employee, and you can read the nomination story below:

“San constantly goes above and beyond to serve her patients. She often stays late to provide education and training. She spends time communicating with other team members to clarify orders and ensure appropriate carryover. She even provides for the most basic needs of patients, such as clothing. San met a patient with a variety of medical and psychiatric issues, as well as a poor support system. The man recently became homeless and had little family to help. Despite the fact that the man refused to participate in therapy and was less than pleasant, San heard him. The man had chronic pain and did not like to walk without shoes. He had borrowed a little money to buy the shoes, however that is difficult when you are hospitalized. Instead of letting the man continue to refuse therapy and remain bedbound where he would become more and more deconditioned, San went out that night and not only bought him shoes, but a few items of clean clothing. The next day, the patient was assigned to me and without hesitation, San gave the items to me to pass along. She didn’t even want to take the credit. San embodies the mission and vision of this organization and she deserves to be recognized for it.”