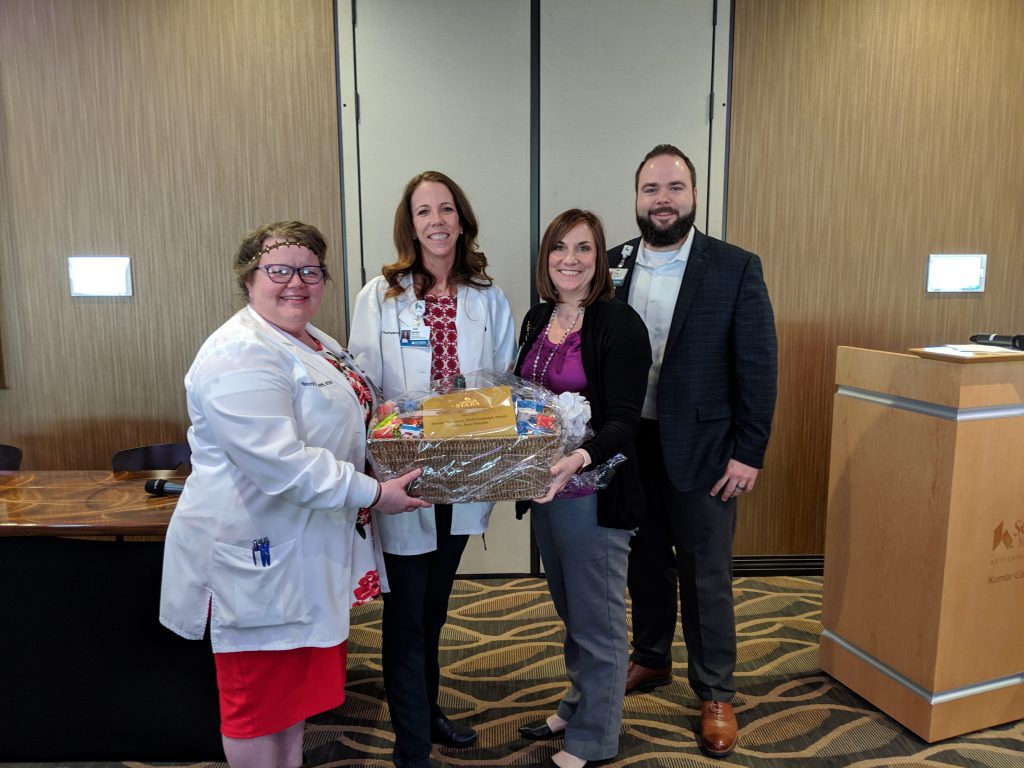 Congratulations to Serena Thomspon, Heidi Randolph, Naomi Miller, and Anne Fletcher who were recognized for receiving the constellation award in February for their amazing teamwork.

“I headed to Med Surg 2 upon leaving the Stroke HFAP exit, finding they were in the middle of a Code Blue. Serena, Naomi, Heidi. and Annie were all on the unit manning the nurse’s station and assisting with issues. Serena had been assisting patients and visitors and called for Naomi to come down in case someone would have immediate need of a nurse. Naomi fell right in to handling issues on the unit. Heidi was also there, retrieving information regarding the patient in case a risk issue was involved, and working with Dr. Nalluri to formulate a plan for the family’s arrival. She stayed with the family until things were under control. Annie remained with Heidi in case anything was needed.

Med Surg 2 can be challenging in the midst of an emergency, and this was their third emergency of the day. However, you never would have known it. This amazing team lept right into action with every patient, visitor, and team member supported in the most spectacular way. Because of their presence and actions, the vibe on the unit remained calm and controlled, with quality care continuing to be delivered.”