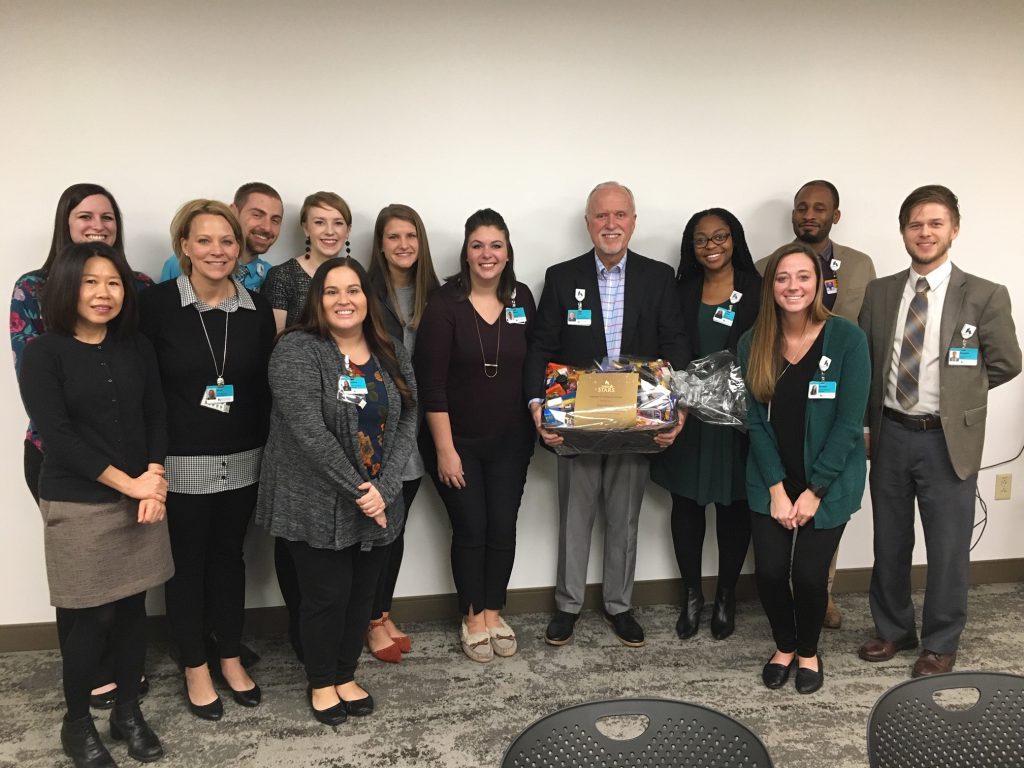 Congratulations to Victor Brown, who was named Prestige’s November Employee of the Month. Victor works in Talent Development.

The Employee of the Month Award recognizes the people you love to work with. These winners show exceptional performance as defined by the network’s Standards of Behavior, live out the network’s values, and demonstrate the healing presence practices outlined in Called to Care. Victor was nominated by a co-worker, and you can read the nomination story below:

“A group of newly orienting nurses was inadvertently sent to the incorrect facility for class. This caused them to make an additional 30-minute journey. Victor was in the lobby promoting United Way when the nurses came down from the classroom. He listened intently to their story. This matter became such a concern for Victor. Victor wanted to ensure that these new employees were not disheartened by this negative experience on their second day of employment. To show appreciation for their commitment to Kettering Health Network, he took time out of his day to provide them all with lunch.”