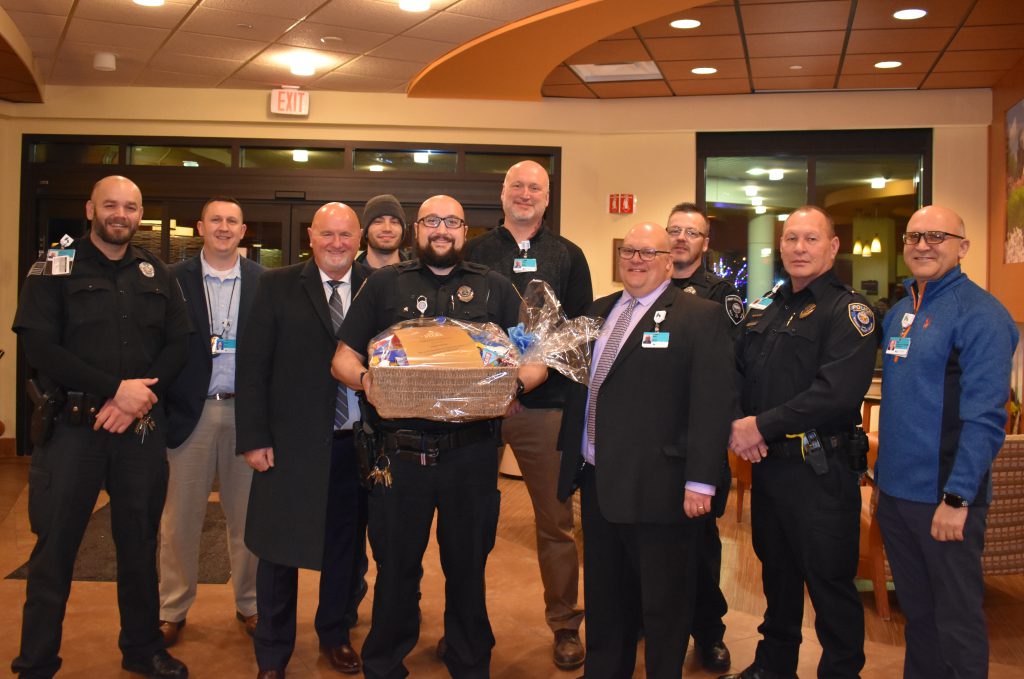 Congratulations to Adam Smith, who was named Fort Hamilton Hospital’s November Employee of the Month. Adam works in Police & Security.

The Employee of the Month Award recognizes the people you love to work with. These winners show exceptional performance as defined by the network’s Standards of Behavior, live out the network’s values, and demonstrate the healing presence practices outlined in Called to Care. Adam was nominated by a co-worker, and you can read the nomination story below:

“Officer Adam Smith came into work and noticed a man sitting in the triage snack area, and he received word from another co-worker that the gentleman was waiting for surgery in the morning. Adam came into work at 11:00 p.m., and the man did not have surgery until 8:00 a.m. Adam took it upon himself to go talk with the future patient, and of course, verified that he did in fact have surgery by making a few calls around the hospital.

Adam had asked why he was there so early and the man replied that his insurance covered his ride here, and that was the only time he could get a ride to the hospital. Adam thought that waiting in the triage snack area was not a comfortable place for a patient. Instead, he made an arrangement with the RN Supervisor and the ED Charge nurse so the man could wait comfortably in one of the minor care rooms that are rarely used during the night. Adam walked the man to minor care, where he got some good rest and relaxation before his surgery. Adam did this out of the kindness of his heart, and demonstrated a caring and Christian atmosphere for the man.”