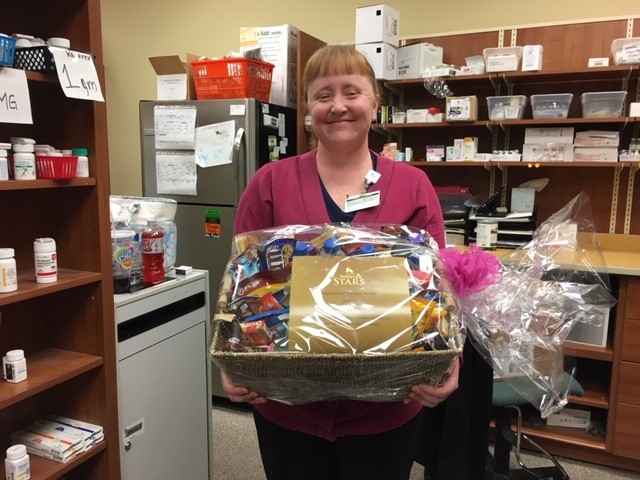 Congratulations to Ashleigh Petitt, who was named Sycamore Medical Center’s August Employee of the Month. Ashleigh works in the Pharmacy at the hospital.

The Employee of the Month Award recognizes the people you love to work with. These winners show exceptional performance as defined by the network’s Standards of Behavior, live out the network’s values, and demonstrate the healing presence practices outlined in Called to Care. Ashleigh was nominated by a co-worker, and you can read the nomination story below:

“My husband accidentally miscounted his medications and came up short. He called the Sycamore Pharmacy to discuss how he could get an urgent refill. This was late on a Friday (too late to pick up), and the Sycamore Pharmacy is closed on Saturday. Being that his medication cannot be stopped suddenly, Ashleigh realized this and was able to gather a few pills to get him through the weekend while they waited on new delivery. She personally delivered this medication to Southview Pharmacy after her shift so that I could pick them up the next day. Thanks to her, my husband did not have to endure the awful side effects of suddenly discontinuing his medication, and we were able to enjoy our weekend together. Thank you, Ashleigh!”

Sign Up for Circle of Victory Cancer Awareness Walk
Flu Shots: What You Need to Know