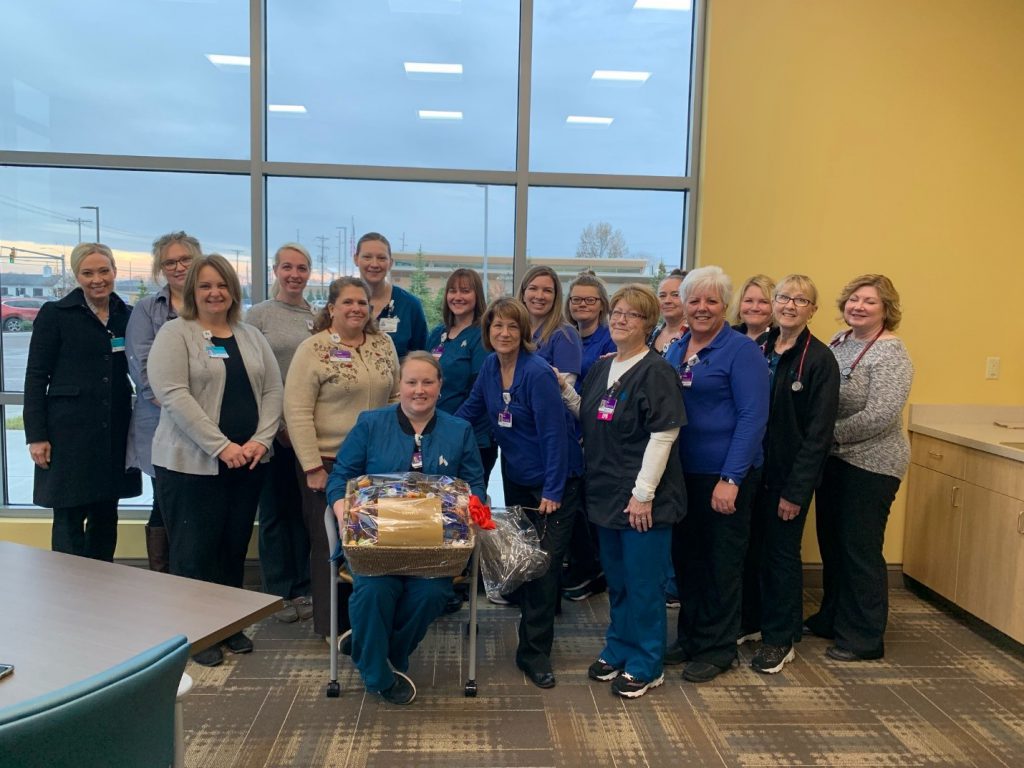 Congratulations to Brandy Brockman, who earned the Living the Mission Award. Brandy works in Primary Care at Hamilton on Main.

The Living the Mission Award is given to people who bring the network’s mission to life, demonstrating the sacred work of improving the quality of life for people in the communities we serve. They use their own time and resources to transform lives, whether that’s at a network location or out in the community. Brandy was nominated by a fellow employee, and the nomination is as follows:

“Brandy was off the clock shopping at a local store with her family, including her three young children when she came upon one of our patients who is elderly and uses a motorized wheelchair. The elderly woman recognized Brandy from their time in the office together. Brandy inquired as to why she was just sitting outside the store, and she said that her power chair was out of battery and she was trying to figure out a way to get home. Brandy then helped load the patient and her chair into her minivan and drove the patient to her home a few blocks away. Brandy then returned later in the evening with her husband, who then fixed the patients’ chair. Not to mention, she also helped the woman hang drapery while he fixed the chair so she would not fall.””