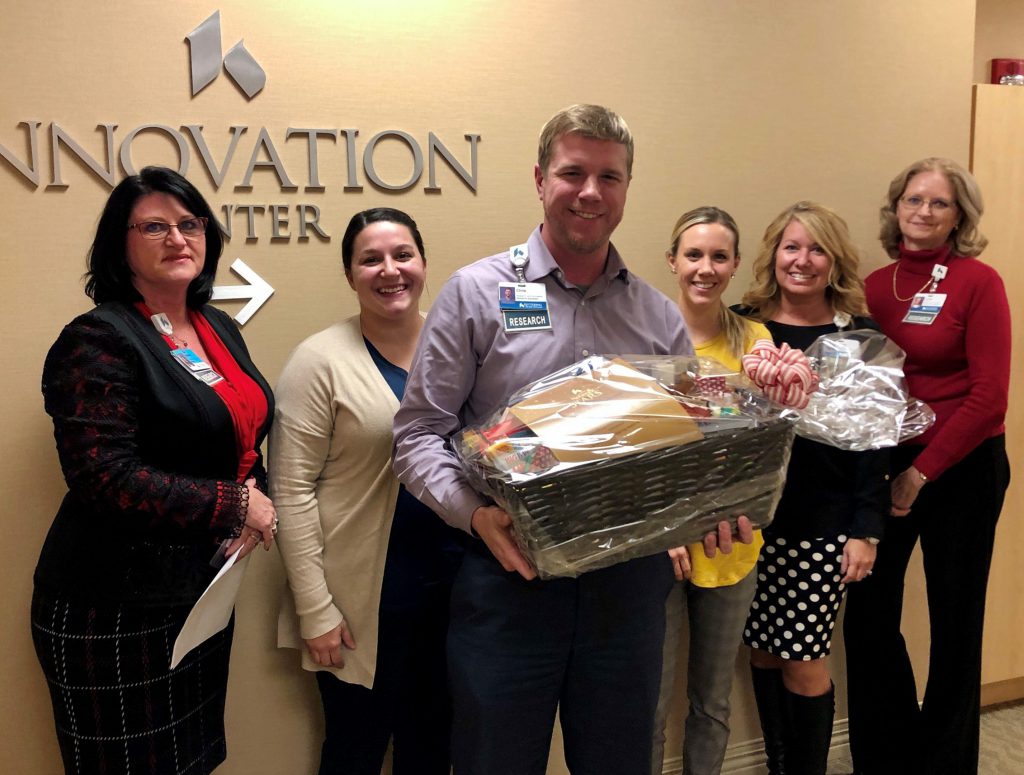 Congratulations to Chris Seger, who was named Kettering Medical Center’s December Employee of the Month. Chris works in Innovation and Research.

The Employee of the Month Award recognizes the people you love to work with. These winners show exceptional performance as defined by the network’s Standards of Behavior, live out the network’s values, and demonstrate the healing presence practices outlined in Called to Care. Chris was nominated by a co-worker, and you can read the nomination story below:

“Chris is always willing to help at a moment’s notice. It does not matter what the task is, he is willing to do it. There have been several times when issues or tasks that are out of the ordinary have arisen, and his immediate response is, ‘What can I do to help?’ without being asked. Chris has only been in this department for six months, and we already have a saying, ‘Give it to Chris, he will do anything.’

Chris has an eagerness to learn new tasks and approaches everything with a positive attitude. His willingness to support his co-workers is a true blessing to the department.”