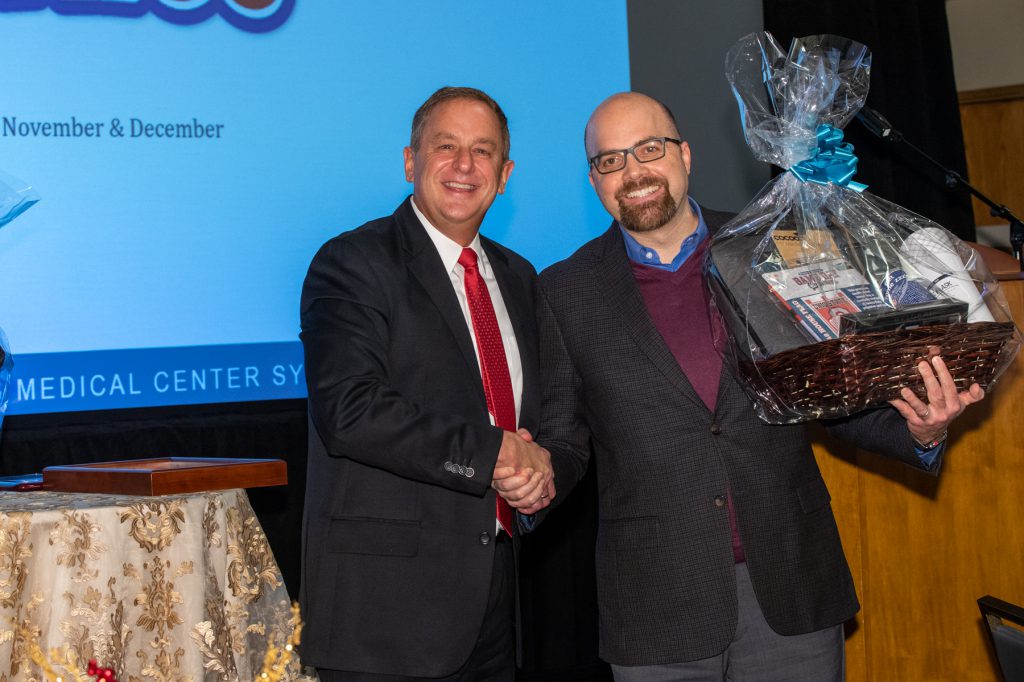 A patient’s wife reported her husband was brought to Sycamore Medical Center after displaying symptoms of a stroke. The patient’s wife said Dr. Harvey spent an entire hour with them and even allowed them to have their daughter who lives in Arizona to attend on speakerphone. The wife conveyed Dr. Harvey was patient and answered every question they had. He was able to explain to them what was happening in terms they understood. She said no other physician had ever taken that amount of time to spend with them and now they have complete understanding and know what to look for and when he needs to return to the hospital. The wife reported Dr. Harvey gave another 30 minutes of his time with them the day after. She stated he is just wonderful and if he had office hours, she would join his practice as a patient. She expressed she is highly impressed with Dr. Harvey and that we are truly blessed to have him on staff. She wanted to make sure he was recognized.

Harvey Hahn, MD, Recognized as an Outstanding Physician
Check Out These Photos From Our Holiday Open House