Home » Diving into the World of ICD-10 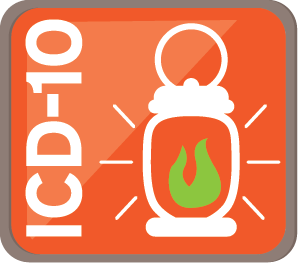 Diving into the World of ICD-10

Physicians and clinicians who enter diagnoses in Epic now have a longer, more robust, terminology list when they are working in Epic. This change came on April 6, after the “ICD-10 Clinical Go-Live” updated the system with enhanced clinical terminology. This change prepares Kettering Health Network for the more detailed clinical documentation required to code in ICD-10, the next generation of code sets which the United States will adopt in 2015.

While ICD-9 codes are still in use, now more matches come up when clinicians key in generic searches in Epic. When ICD-10 is implemented next year, the more specific terminology will match with the more specific ICD-10 code. Diagnosis will be more specific than ever before, resulting in more accurate billing and reimbursements.

Physicians and other Epic users have already begun training. Previously, ICD-10 was slated to become standard in October, 2014; however Congress acted this spring to delay the implementation until October, 2015.