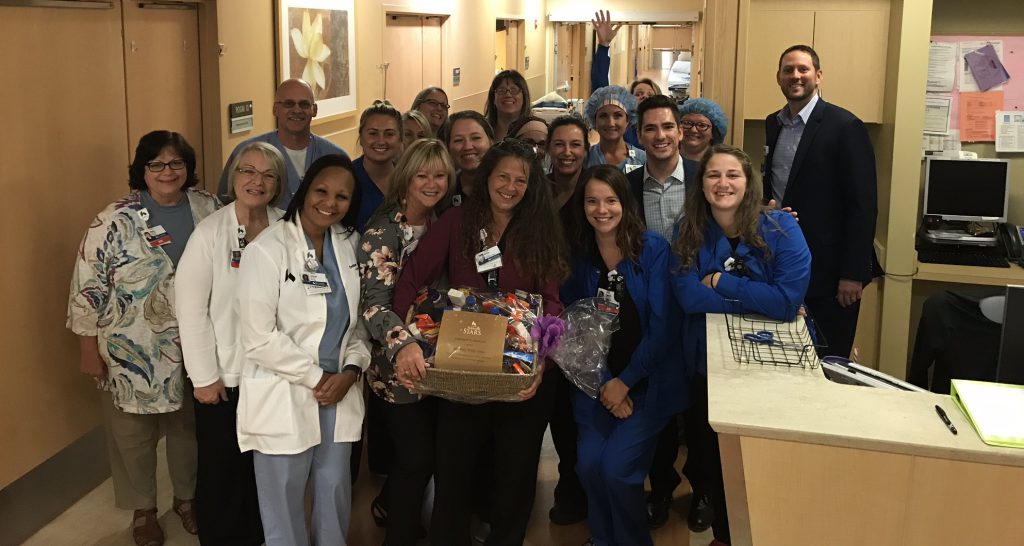 Congratulations to Elizabeth “Biddy” Allen,  who was named Soin Medical Center’s July Employee of the Month. Elizabeth works in the Universal Care Unit.

The Employee of the Month Award recognizes the people you love to work with. These winners show exceptional performance as defined by the network’s Standards of Behavior, live out the network’s values, and demonstrate the healing presence practices outlined in Called to Care. Elizabeth was nominated by a co-worker, and you can read the nomination story below:

“On May 27, much of Beavercreek was devastated by a tornado. Despite the complete loss of his home and car, a patient who was scheduled for surgery still came to Soin for his procedure. He and his family were staying at a hotel. When Elizabeth heard about his situation, she made it her personal mission to ensure he had the best experience possible. AS he was an ambulatory surgery patient, he was discharged once his recovery period was completed. Biddy escorted him and his entire family to the cafeteria and used the Angel Fund card to buy the entire family dinner so they would have one less thing to worry about when they returned to their hotel.”