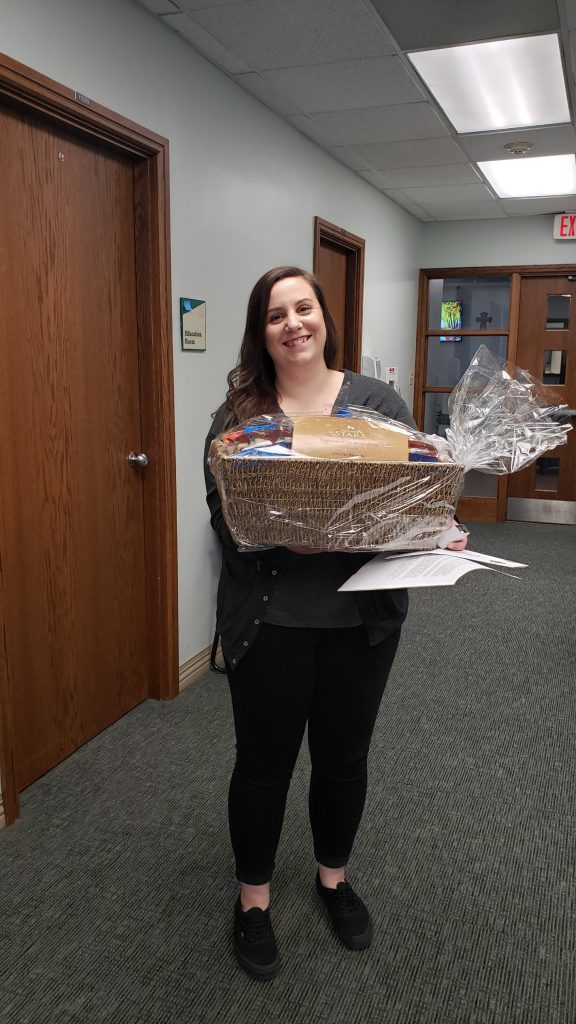 The Employee of the Month Award recognizes the people you love to work with. These winners show exceptional performance as defined by the network’s Standards of Behavior, live out the network’s values, and demonstrate the healing presence practices outlined in Called to Care. Emelie was nominated by a co-worker, and you can read the nomination story below:

“Emelie has gone above and beyond for our patients many times. We had a patient in the lobby who had an appointment back in our outpatient building. The patient was dropped off and would’ve had to walk to the back. It was freezing cold out, so Emelie drove the patient around back for her appointment. We also had a patient in crisis who came in for an evaluation. Our walk-in evaluations are done in the ED now, but the patient was also dropped off at our campus. They were trying to call to have a family member pick them up to take them there. They were very upset and starting to have a panic attack. Emelie spoke to the patient kindly and reassured her of the help the ED BHAT team would provide. Emelie ended up driving that patient to the ED herself so she wouldn’t have to wait for a ride or transport.”