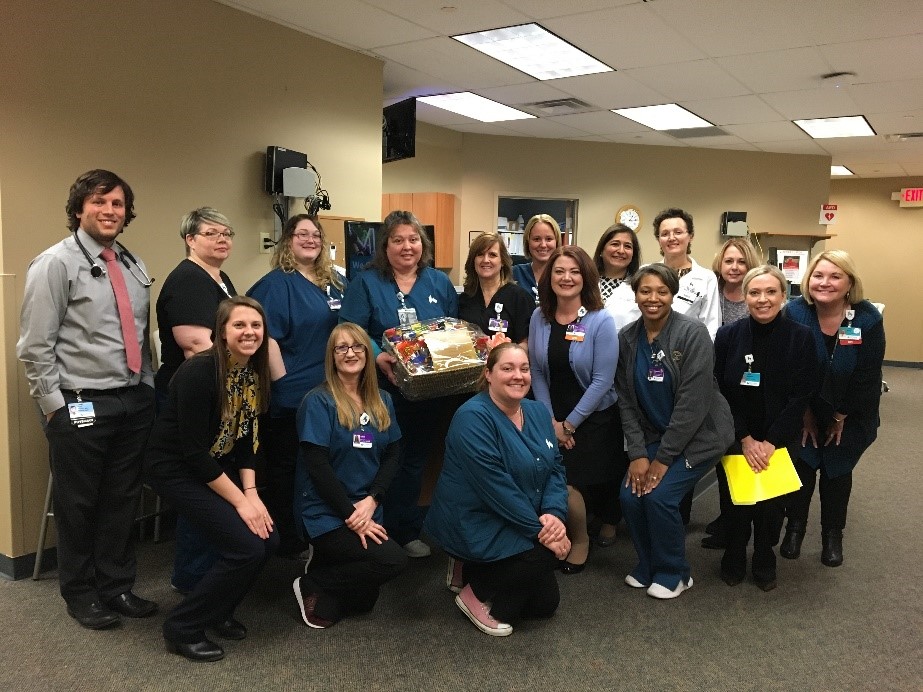 Congratulations to Pam Brokaw-Myers, Lavonda Morris, Sarah Morris-Hock, Stephanie Parsley, and Bihu Sandhir, MD, who were recognized for receiving the Constellation Award in in November for their amazing teamwork.

“Shortly after our office opened, a man came running in saying he needed  doctor. The staff jumped into action and ran for the door to help. Stephanie saw that a woman was outside on the ground in the rain, and ran out to assist. Upon arrival, Stephanie assessed the patient and found her to be unresponsive, not breathing and with no pulse. Stephanie immediately began compressions. Our Lavonda and Pam  followed with the AED. At this time, Dr. Sandhir had also arrived at the scene. Sarah was on the phone calling 911. The team continued CPR until the squad arrived on the scene and took over. The woman was transported to the ED.”