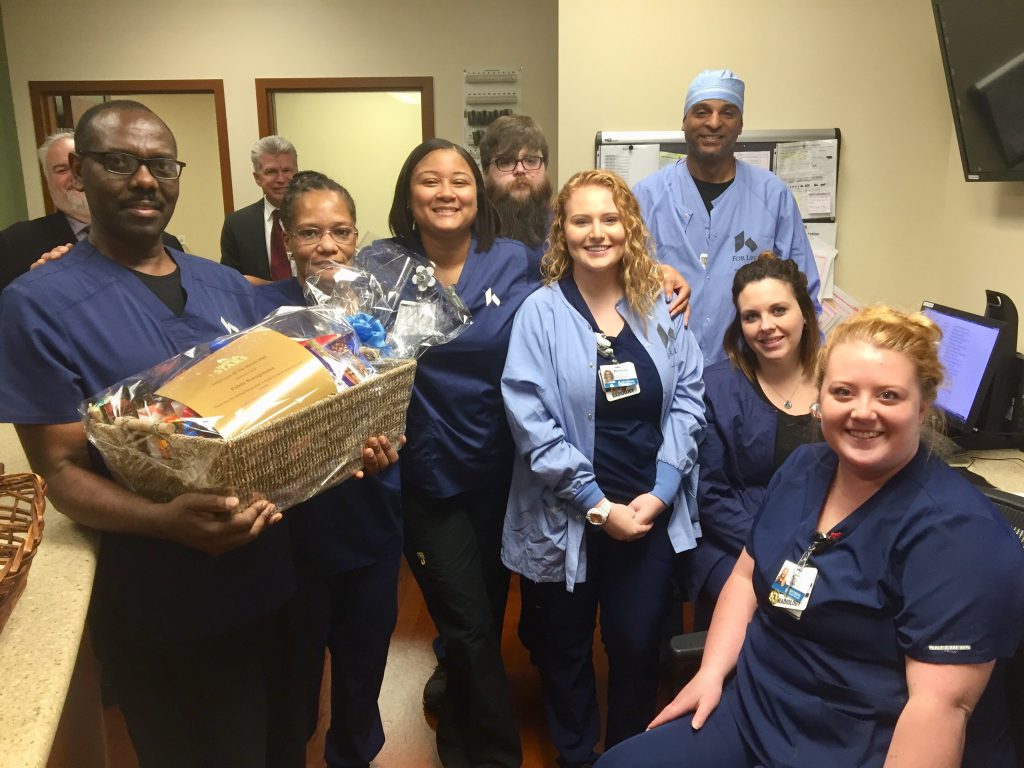 Congratulations to Fidele Nsengimana, who was named Kettering Medical Center’s November Employee of the Month. Fidele works in Patient Transportation at the hospital.

The Employee of the Month Award recognizes the people you love to work with. These winners show exceptional performance as defined by the network’s Standards of Behavior, live out the network’s values, and demonstrate the healing presence practices outlined in Called to Care. Fidele was nominated by a co-worker, and you can read the nomination story below:

“Fidele was such a tremendous help when caring for a confused patient who did not speak English. Fidele spoke the same language and was familiar with the patient and his family. He easily agreed to help after the translator was unable to help. He spoke with the patient and explained the test we were performing on him. After that Fidele escorted the patient back to their room and continued to help care for him. The patient told him he was hungry. which had been an issue because the patient didn’t like the food offerings. Fidele was able to tell me what the patient did and did not like. After I was able to get him some food, Fidele even stayed in the room and fed him for me, which was way beyond his job requirement. Most importantly, he did it with a smile and a deep care for the individual. He took his time and comforted the patient in this strange environment. His presence and connection to this patient’s care on a level I could not.”