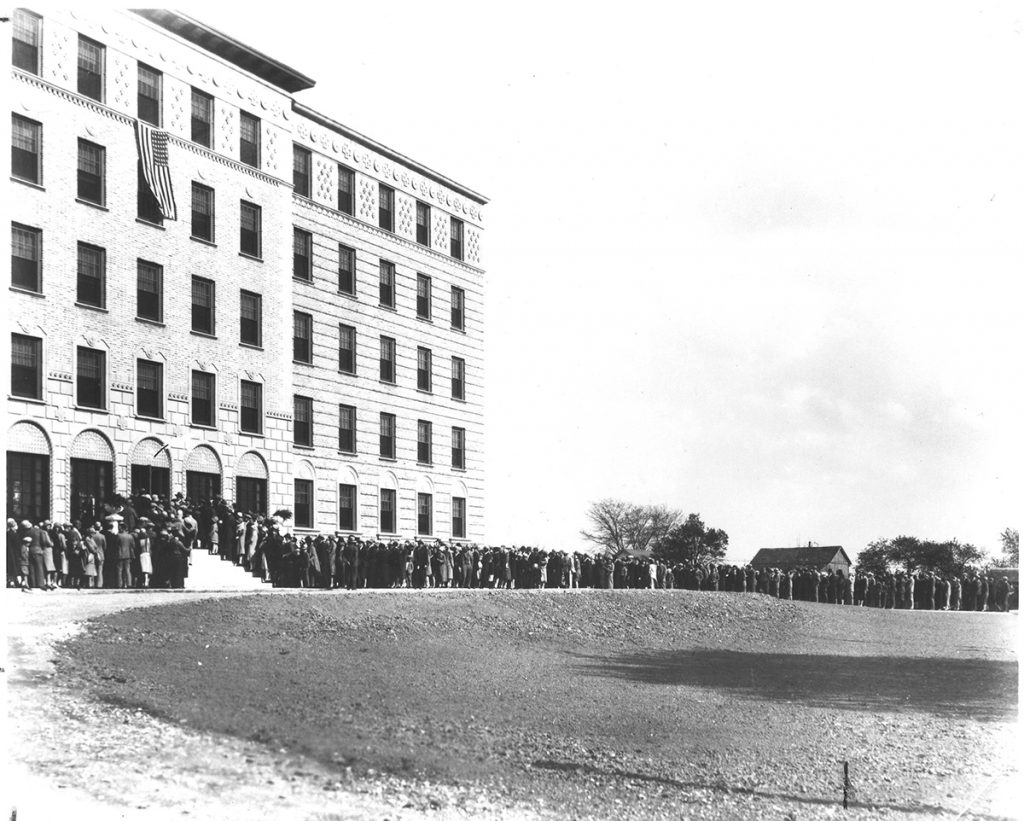 The hospital opened in 1929 thanks in part to the support of local residents. Hamilton citizens raised $500,000 in 1925–equivalent to more than $7 million today–to build another hospital in Butler County.

About 14,000 people toured the new hospital during an open house leading up to its doors opening on May 1.

Since then, Fort Hamilton has continued growing to meet the needs of its community, whether it was by adding new wings or expanding areas like the emergency department. A completely new facility was built in 1983, which became the Fort Hamilton we know today.

Fort Hamilton continues expanding today, with its physician office building being completely remodeled to expand cancer care services. The new space is expected to open in spring of 2019.

Join us in congratulating Fort Hamilton Hospital on their 90 years of health care excellence and wishing them many more in the future.