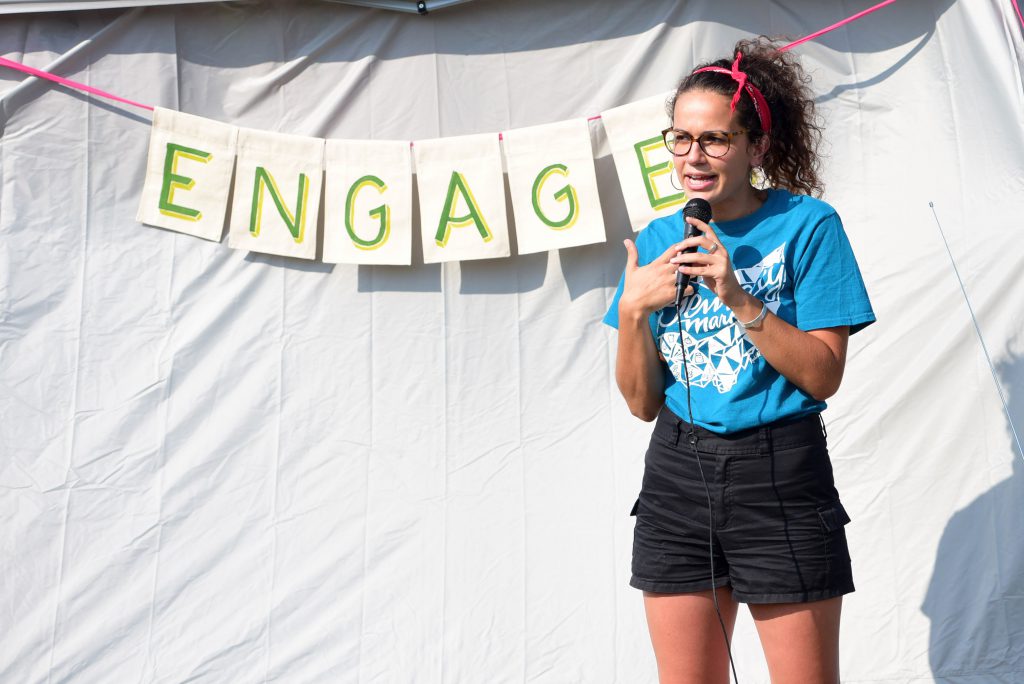 The Gem City Market is why I live in Dayton,” said Etana Jacobi, manager at the Hall Hunger Initiative. A New Hampshire native and former resident of New York City, Etana didn’t see herself living in Dayton long term. Without any family or friends in town, Etana immersed herself in the Dayton community by getting involved in Gem City Market and attending her first community meeting in March of 2017.

“I got this feeling in my gut that was like, you need to do this. This is work that you need to be doing,” Etana said of her experience.

In 2016, the Food Research and Access Center ranked Dayton the second in the nation for food hardship among families and children. Gem City Market is a co-op that will serve the hunger need in West Dayton. In its planning stages currently, the market is set to become a full-service grocery store located on Salem Avenue, but Etana believes it will be even more than that.

“We’re not building a grocery store,” she said. “We’re building a movement.”

Gem City Market’s goal is to ensure that everyone has access to healthy, affordable, and culturally appropriate food. Etana knows that this grocery store alone will not be enough to achieve that goal, but she hopes that it will catalyze to create action in the community.

What makes Gem City Market unique is the multi-stakeholder model, which provides an opportunity for ownership. By selling shares to community members, the market becomes an institution that is partially owned by those who are most affected by it.

Kettering Health Network employees have the opportunity to obtain a $100 lifetime voting membership for only $50 by participating in the network’s matching program. Once you’ve purchased your share, you are an owner of the store and are invited to bimonthly community meetings and other events.

“Becoming a member is saying: this is unacceptable and I want to be a part of the solution,” Etana said.

Building a strong community is important to the success of Gem City Market. By building those relationships with each other and leveraging our existing assets, the Gem City Market movement can utilize those assets to address the area’s needs.

“I fundamentally believe that Dayton can do this,” Etana said. “We have tremendous power in our ability to create the change we wish to see for ourselves and our neighbors. We just need to step it up.”

Join the movement for change and help Kettering Health Network reach its goal of 1,000 employees becoming members of the co-op.

How to Get Involved
To buy a share and become a member, employees can:
1. Visit gemcitymarket.com
2. Click “Become a Member” at the top.
3. Click “Purchase a Membership.”
4. Under “Payment Options” select “Employer Discount.”
5. Select “Kettering Health Network” as the employer and enter your employee ID with a “k” at the beginning.

The Results Are In: Employee Engagement Survey 2018
Network Partnering with LabCorp for Outpatient Lab Services