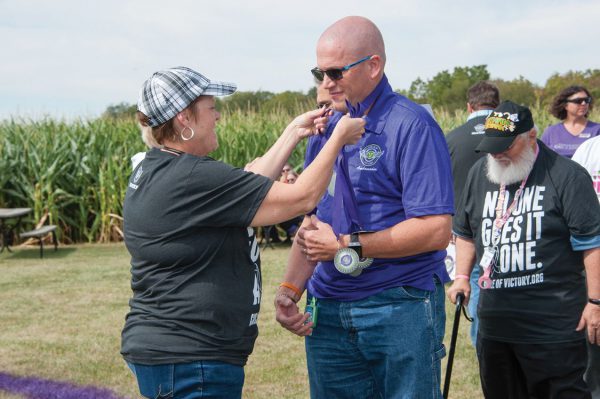 The foundation announced the 2017-2018 ambassador, Rob Ryan, at the event. Rob was declared a survivor in September after an 18-month journey battling leukemia. Rob led the attendees in the 40-minute walk, and then was among several people who led the closing ceremony honoring survivors, those who had fallen ,and all caregivers. All gathered in a circle and released 700 balloons, the average number of people facing cancer on any given day in Greene County.