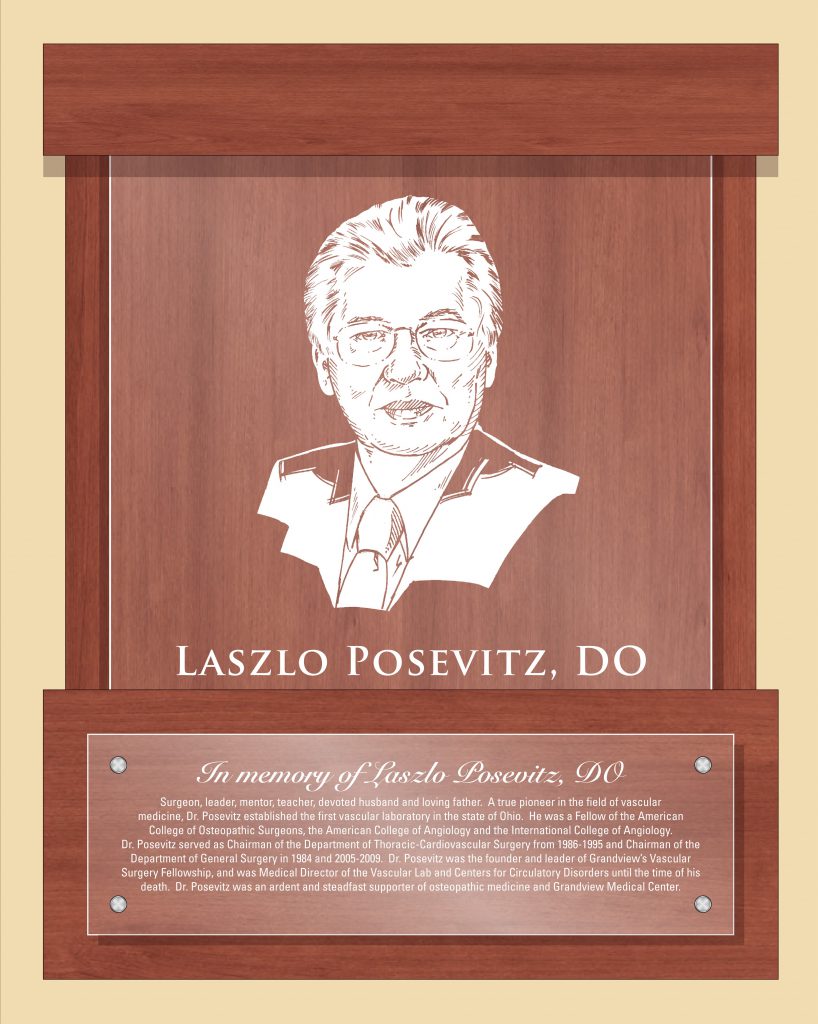 Grandview dedicated a plaque in memory of the late Lazlo Posevitz, DO, on November 20. The plaque is located in the Ambulatory Surgery Center Waiting Area. Dr. Posevitz was a pioneer in the field of vascular medicine, establishing the first vascular laboratory in the state of Ohio. He was a Fellow of the American College of Osteopathic Surgeons, the American College of Angiology, and the International College of Angiology.

Dr. Posevitz served as Chairman of the Department of Thoracic-Cardiovascular Surgery from 1986-1995 and Chairman of the Department of General Surgery in 1984 and 2005-2009.  He was the founder and leader of Grandview’s Vascular Surgery Fellowship, and was medical director of the Vascular Lab and Centers for Circulatory Disorders until the time of his death.