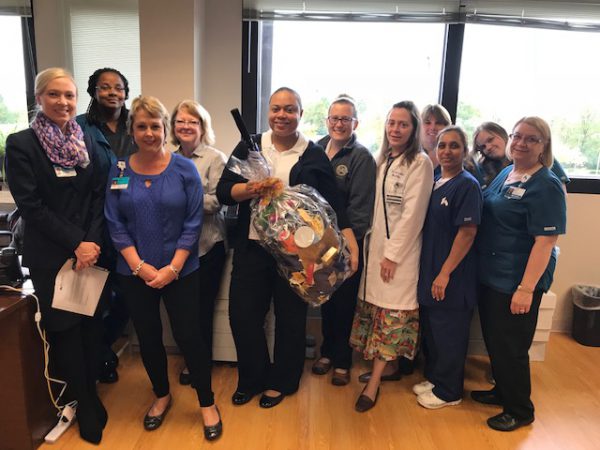 The Employee of the Month Award recognizes the people you love to work with. These winners show exceptional performance as defined by the network’s Standards of Behavior, live out the network’s values, and demonstrate the healing presence practices outlined in Called to Care. Indea was nominated by a fellow employee, and you can read the nomination story below:

“A patient with a language barrier came to Indea’s window. She was trying to get records of her son’s vaccinations so that he could attend school. Indea tracked down these records and was persistent in pursuing and finding the necessary information, even when the former doctor’s office was not helpful. She did not give up or put it back on the patient to help find the records. She even helped the patient understand what was going on by using a translator resource. After a dozen exchanges with the child’s former doctor’s office in another state, she received the records and was able to update the child’s medical records and complete the forms. Indea consistently assists patients with detailed and problematic issues with dignity and respect, whether it is finding shot records or coordinating a referral to a hard-to-see specialist. Her thoroughness and thoughtfulness make her an excellent team member!”