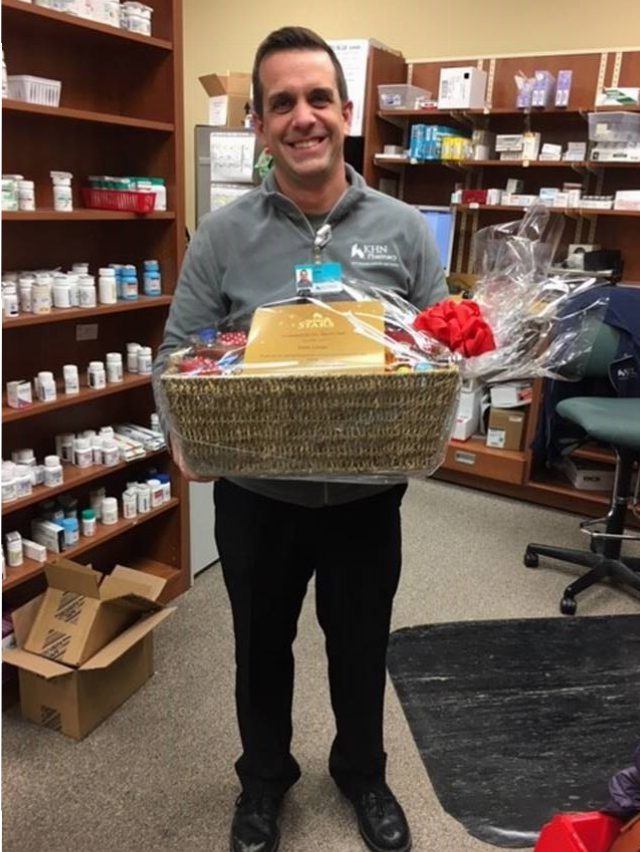 Congratulations to John Lange, who was named Sycamore Medical Center’s December Employee of the Month. John is a pharmacist at Sycamore.

The Employee of the Month Award recognizes the people you love to work with. These winners show exceptional performance as defined by the network’s Standards of Behavior, live out the network’s values, and demonstrate the healing presence practices outlined in Called to Care. John was nominated by a patient, and you can read the nomination story below:

“My doctor called in a new prescription for me shortly after I had gotten some other prescriptions filled. John reached out to me personally, verified that I needed to have the prescription filled right away, and made sure I was aware of the cost. He also let me know there might be a coupon that could make it more affordable. Because of the coupon, the medicine was of no cost to me. John informed me the full amount of the medication prescribed wouldn’t be available until the next afternoon, which saved me from making a trip to the pharmacy. Through everything, I felt that John was watching out for me and making it easy to get what I needed.”