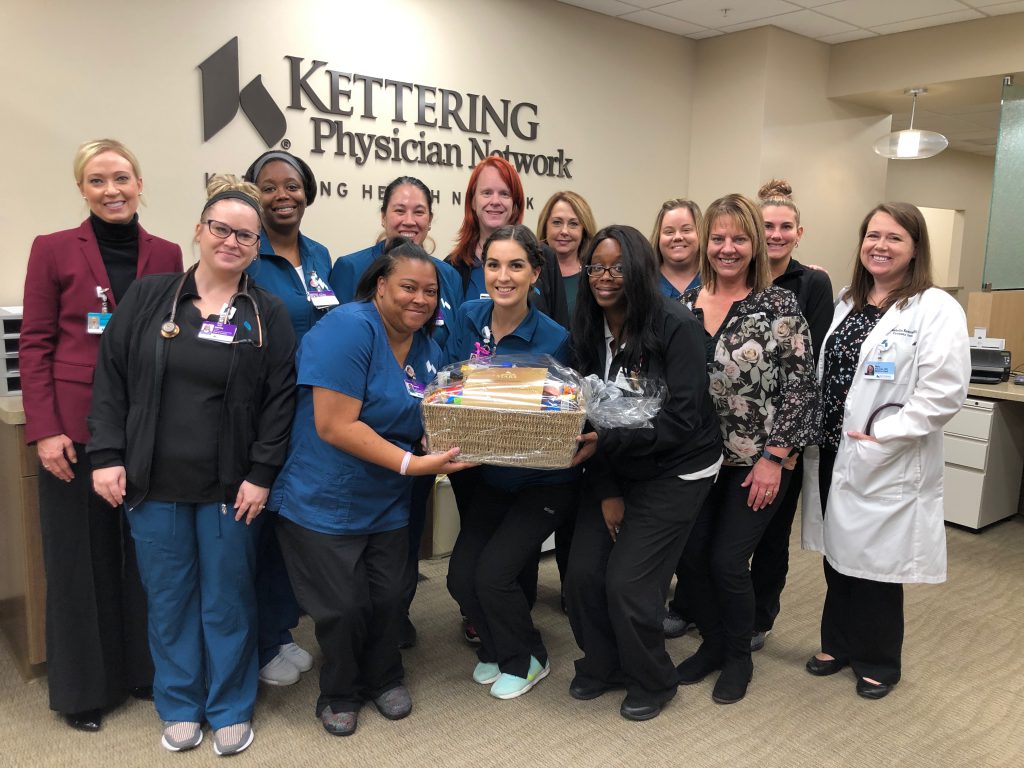 Congratulations to Lavetta Jones, Tamara Lockett, and Jenna Thiel, who were recognized for receiving the constellation award in October for their amazing teamwork.

“The Far Hills front office specialist, Lavetta Jones, received a phone call asking for previous test results from a current patient. The conversation quickly escalated, and the patient became very frustrated and confused. At this point the medical assistant, Tamara Lockett, was asked to speak to the patient to diffuse the situation. As the conversation continued, additional support was needed from the LPN supervisor. Jenna Thiel immediately jumped into action, as the patient had escalated further, and the situation became potentially dangerous. Jenna quickly dialed 911 and stayed near Tamara as she continued to try to help this patient. the emergency personnel arrived at the patient’s home, securing the scene before anyone was seriously injured.

The Far Hills team identified a potential serious risk to the community and the actions of this team reassured [Kristy Shannon] that the Kettering Physician Network standard of the mission, vision, and values were followed. This team handled the emergency with a calm, caring, and courageous attitude that should not go unnoticed.”