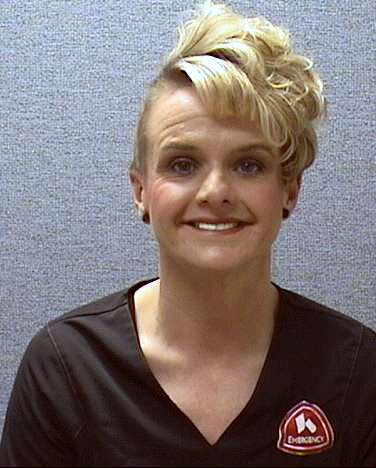 Please join me in congratulating and welcoming Michelle Smithson, BSN, RN, CEN, CPEN, as she is promoted to the
role of clinical nurse manager for the emergency center in Franklin.

Michelle received her associate degree in Nursing from Sinclair Community College in 2002. She spent her first three years in nursing on an oncology, women’s health, and pediatric floor at Holy Spirit Hospital in Harrisburg, Pennsylvania. In 2005 Michelle joined the Sycamore Emergency Department as a staff/charge nurse.

Very self-motivated and passionate about nursing, Michelle earned her Bachelor of Science in Nursing from Indiana Wesleyan University in 2010.

In 2011 she was promoted to Emergency Department team leader, in 2013 she became a TNCC instructor, and in 2016 she was selected to participate in the network’s Nurse Leader Fellowship Program. We are excited to have Michelle join the amazing and accomplished team in Franklin!