Robert Flaherty Recognized as Southview’s Employee of the Month

Congratulations to Robert “Brooks” Flaherty, who was named Southview Medical Center’s July Employee of the Month! Robert works in Patient Access at the hospital. 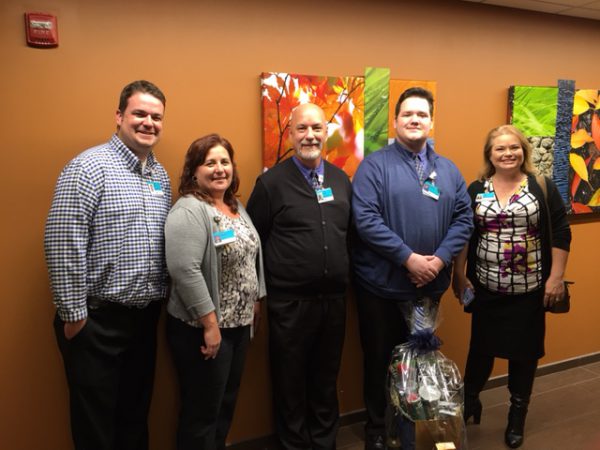 The Employee of the Month Award recognizes the people you love to work with. These winners show exceptional performance as defined by the network’s Standards of Behavior, live out the network’s values, and demonstrate the healing presence practices outlined in Called to Care. Robert was nominated by a fellow employee, and you can read the nomination story below:

“I received a call from a patient’s mother about Brooks. She explained to me that she suffers from a medical condition, and her daughter suffers from a condition that drives her to hurt herself and potentially others around her. The mother was on Medicaid and subsequently, so was her daughter. The mother was prescribed a new medication that caused her to sleep for several days. While she was sleeping, she received a mail notification from Medicaid that they needed additional information, or her benefits would be cancelled. Per the mother, due to the timing of her new prescription and its effects on her, she did not know that she had received the request from Medicaid for additional info and her daughter’s coverage was cancelled. The daughter was also running out of her prescription at that time as well. The daughter had an episode and broke her arm. The mother called Southview’s Emergency Department in a panic and reached Brooks. Per the mother, she was yelling at Brooks to help her through this whole ordeal concerning her daughter and her coverage. The mother went on to say that Brooks listened intently and politely and responded in a calming and gentle voice with reassurance and alternatives. Brooks provided information to resolve the insurance issue but more important, per the mother, a voice of reason and stability in an otherwise chaotic time. The mother stated that she thought Brooks went above and beyond remaining positive all along and was a breath of fresh air. She stated ‘whether it was training or his nature or the environment Kettering provided, he needed to be cloned. He was fantastic and I just cannot say enough good things about that kind and wonderful man.’ I couldn’t agree more. Well done, Brooks.”

Laurie Mason Recognized as Kettering Physician Network’s Employee of the Month
Upcoming Retirement Seminar: Learn How You Can Prepare