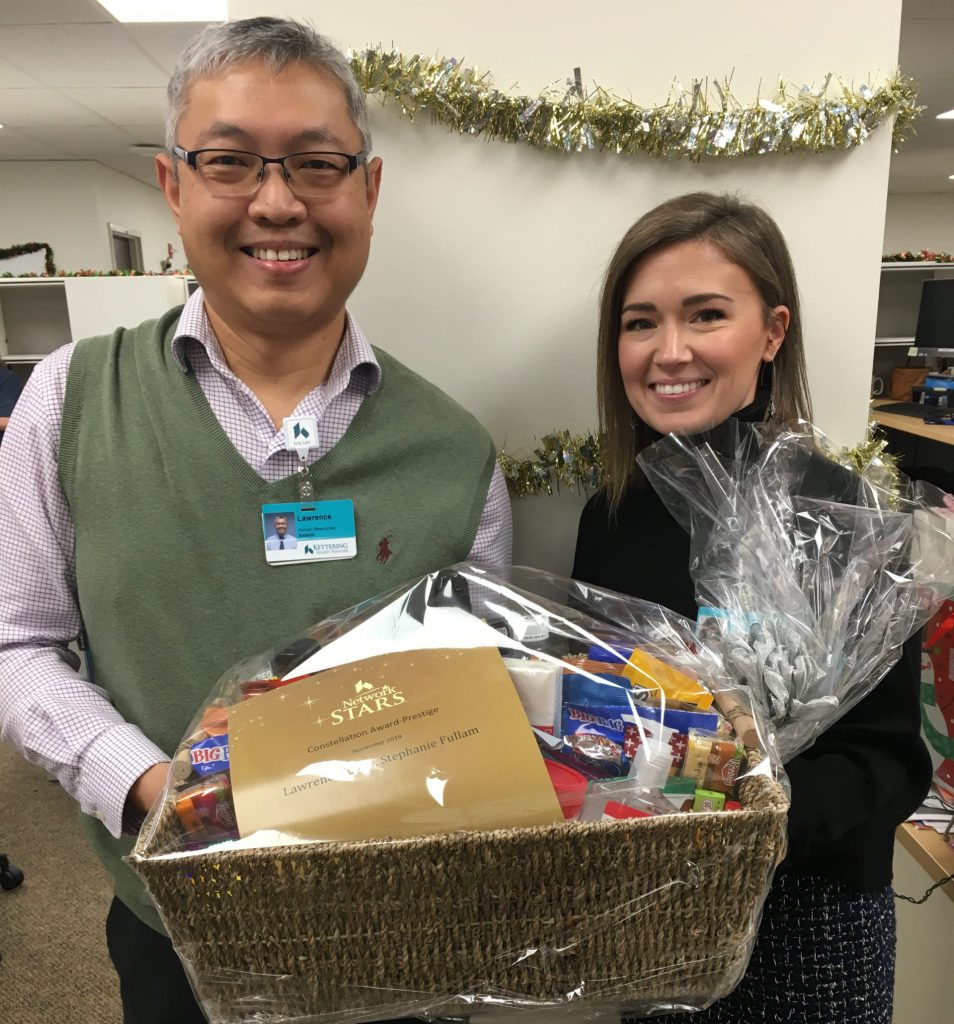 Congratulations to Stephanie Fullam and Lawrence Chow, who were recognized for receiving the constellation award in November for their amazing teamwork.

“Stephanie and Lawrence have been working on a big project together as a cross-disciplinary team that has an important impact on a large portion of the KHN workforce. Throughout the project they have gone above and beyond and exemplified our Standards of Behavior. Although they ran into many barriers along the way in the project, they didn’t give up. I knew I could count on them to get the job done and let me know when they ran into issues. Instead of only presenting the problems, they also came to the table with great solutions. Their extra time and commitment to excellence is so appreciated!

Lawrence and Stephanie both using their knowledge and expertise in their areas, thought outside of the box and were flexible when things didn’t work as planned. Instead of being discouraged when something didn’t pan out, they moved forward coming up with new ideas to try. Stephanie and Lawrence were not only focused on what technologies would make their work easier or more efficient, but also kept the end user/customer in mind. They worked diligently to come up with solutions that best met the needs of our customers and provided the most positive experience. They not only cared about the compliance portion of the project, but cared deeply about the experience of those impacted.

Their actions allowed proactive communication to go out to those who needed it, better utilize our technologies available to us, and improved the likelihood of overall compliance for those impacted by this project. I am blessed to have the opportunity and privilege to work with both of them!”