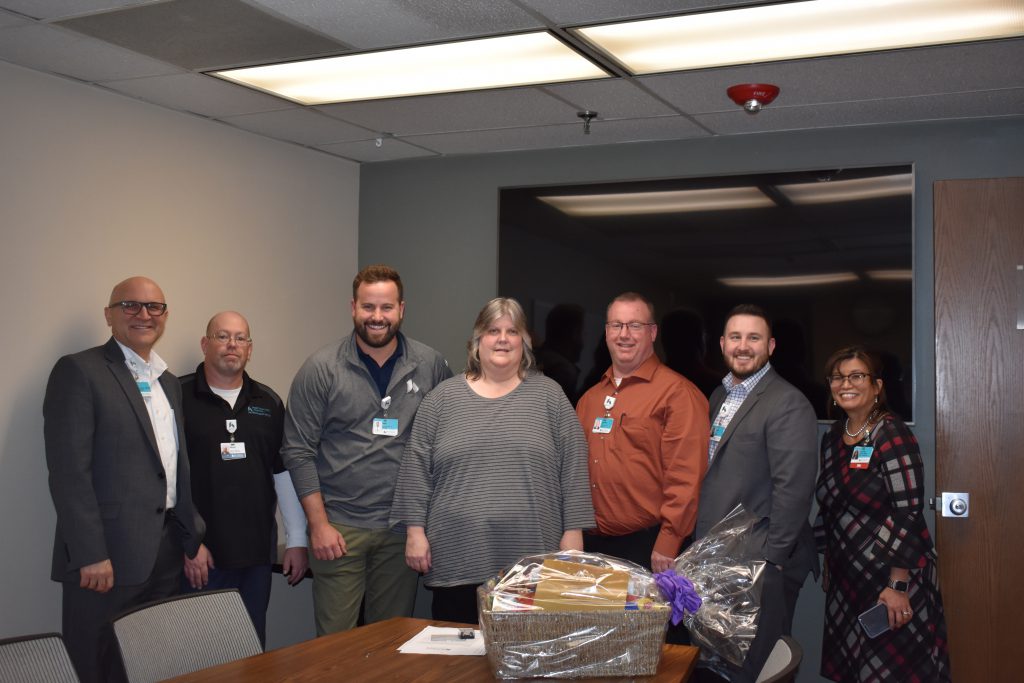 Congratulations to Theresa Sutten, who was named Fort Hamilton’s January Employee of the Month. Theresa works in Telecommunications.

The Employee of the Month Award recognizes the people you love to work with. These winners show exceptional performance as defined by the network’s Standards of Behavior, live out the network’s values, and demonstrate the healing presence practices outlined in Called to Care. Theresa was nominated by a co-worker, and you can read the nomination story below:

“Theresa Sutten has served over 20 years at Fort Hamilton Hospital and has been in Telecommunications for four of those years. One word that comes to mind when I think of Theresa is blessing, and how she is a blessing to our department. Most of our staff was off during Thanksgiving, which makes for a smaller staff. Theresa had not requested off for the holiday, and when I asked if she would be willing to split a shift with me, she didn’t even bat an eye and and was willing to do so. Her work ethic has made us a better department and it doesn’t go unnoticed.”