Tom Gross Recognized as Employee of the Month

Congratulations to Tom Gross who was named Grandview Medical Center’s May Employee of the Month! Tom works at the Information Systems Department at the hospital. 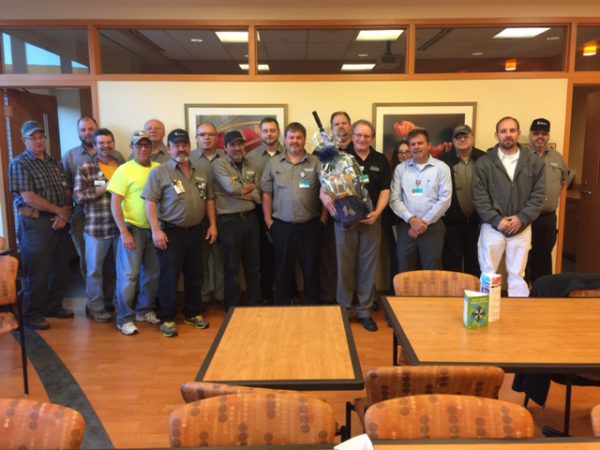 The Employee of the Month Award recognizes the people you love to work with. These winners show exceptional performance as defined by the network’s Standards of Behavior, live out the network’s values, and demonstrate the healing presence practices outlined in Called to Care. Tom was nominated by a fellow employee, and you can read the nomination story below:

“When I arrived at Southview Medical Center to teach a Baby Care class, the computer system was a mess. Someone who had previously used it had rearranged all the connections. I normally teach in the cafeteria classroom but it was being used that day, so I decided to use Classroom A. About four to five guys from various departments tried to help, even Security.  I called Tom Gross, hoping we could do an over-the-phone repair, which we have done in the past successfully. I had already spent 40 minutes trying to solve the problem and my class was about to start. I started my class thinking I wasn’t going to use the video, which is a huge part of a three-hour class. Tom was out to dinner 30 minutes away with his wife and friends, and before I knew it, he had left the restaurant and came all the way to Southview to help me. He knew exactly how to fix the many problems!

He is such an awesome employee. I wanted to take the time to say thank you and that I really appreciate that he is available as a resource to those of us who know nothing about computer problems! Thank you, Tom!”